Find this article at:
go.ncsu.edu/readext?410928
— Written By Mike Munster

After a long winter’s nap, Hosta virus X (HVX) has emerged again. We usually see only one or two cases a year at the Plant Disease and Insect Clinic, but this past week samples from three growers tested positive. We don’t know whether there’s any connection between these incidents, as the samples came from widely separated counties: Edgecombe, Wake, and Guilford. 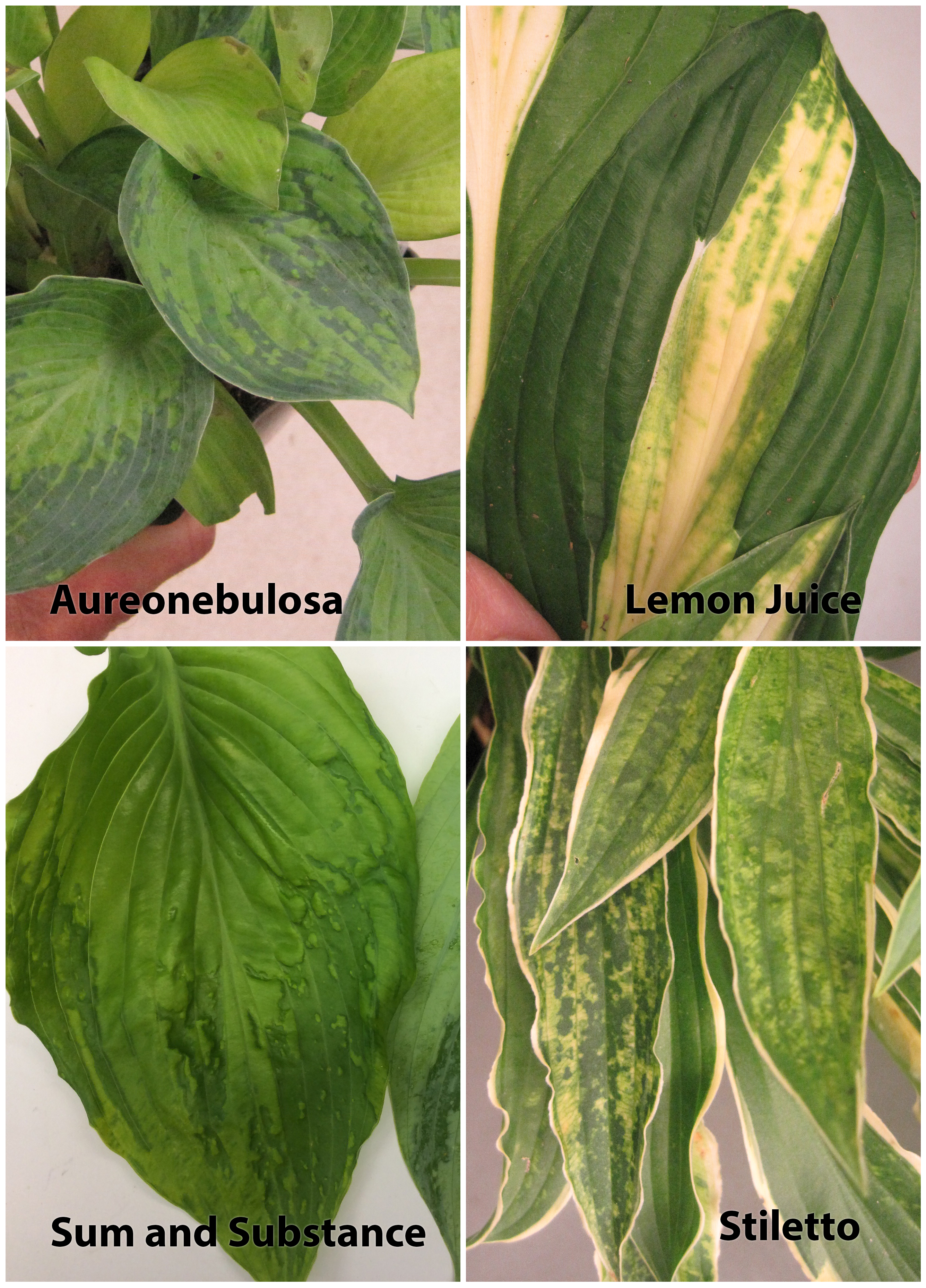 Symptoms of HVX vary widely among hosta cultivars, but can include dark green mottling, yellow-green patterns, and leaf distortion. If you’re unfamiliar with a particular cultivar, you could mistake the symptoms for normal variegation. Multiple symptoms might be seen on a single cultivar. Leaf necrosis can also occur. Latent infections are also possible, in which a plant shows no outward symptoms. This complicates control measures.

Hosta virus X is transmitted mechanically, via physical contact with infected sap on hands, equipment, etc., and of course through vegetative propagation. It also has been shown to be transmissible through true seed. There are no known insect or mite vectors. Fortunately, the only susceptible plants in the garden or nursery are members of the genus Hosta. Since viruses are systemic in their hosts and incurable, confirmed infected plants should be discarded. When propagating, start with indexed material.

For more information, please see this extension publication on Hosta Diseases and Pests.