— Written By Emma Wallace and last updated by Lina Quesada-Ocampo

Growers, researchers, county agents, and representatives from agriculture-related companies came together on Thursday, July 10th to attend the annual field day at the Mountain Research Station in Waynesville, North Carolina. Participants were given the chance to share, discuss, and learn about research projects hosted by the station.

Among the many presentations given, Mike Adams and Emma Wallace from the NCSU Vegetable Pathology Lab shared information on the cucurbit downy mildew (CDM) ipmPIPE and the sentinel plot located on site. The CDM ipmPIPE is a web-based tool that tracks the disease progress of this air-borne foliar disease of cucurbits and forecasts when it will reach a region. The sentinel plots are uniform plots of land throughout the country that hold the same number and variety of commercial cucurbits, including cucumber, melon, pumpkin, squash, and watermelon. Researchers monitor these plots for disease throughout the growing season in order to study the yearly epidemic. As of Thursday, downy mildew had only spread as far west as Wake County in North Carolina. However, there have been reports as far west as Alabama, Louisiana, and even Michigan. In 2013, downy mildew was first observed in the Waynesville sentinel plot on July 23rd. 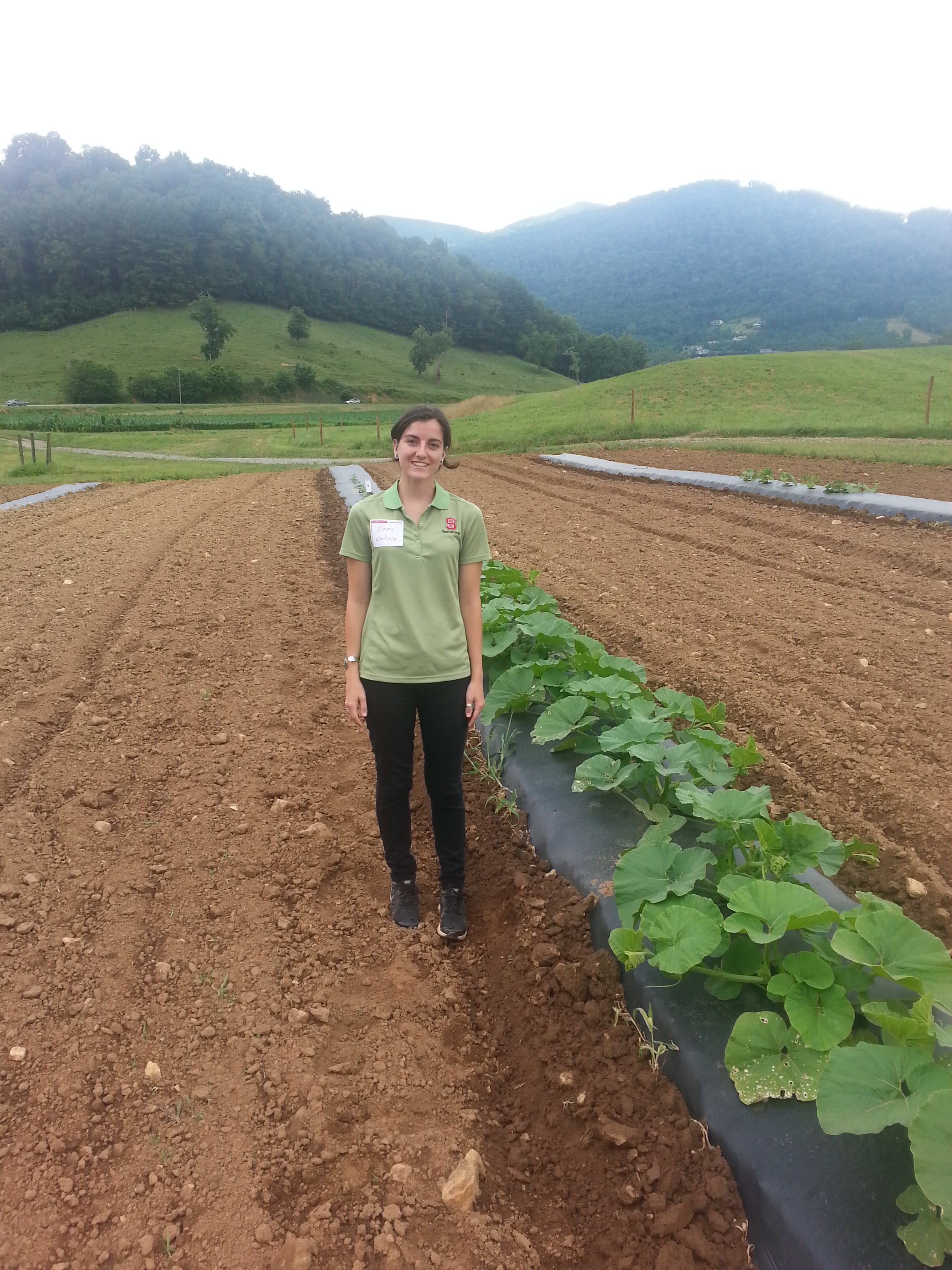 Although participants of the field day did not get to see real-life examples of disease in the field since cucurbit downy mildew has not been yet reported in the area, they were given resources to help them identify disease on different cucurbit hosts and information on the CDM ipmPIPE system.They also learned a unique aspect of the Waynesville sentinel plot. Of the nine sentinel plots in North Carolina, the Mountain Research Station is one of three plots that are hosting hops, basil, and a set of non-commercial cucurbit species. When these plants get infected with downy mildew, researchers can collect samples and use them in different studies with the goal of learning more about different genotypes of downy mildew, the populations present in North Carolina, and how to use this information to improve control of this yearly epidemic. 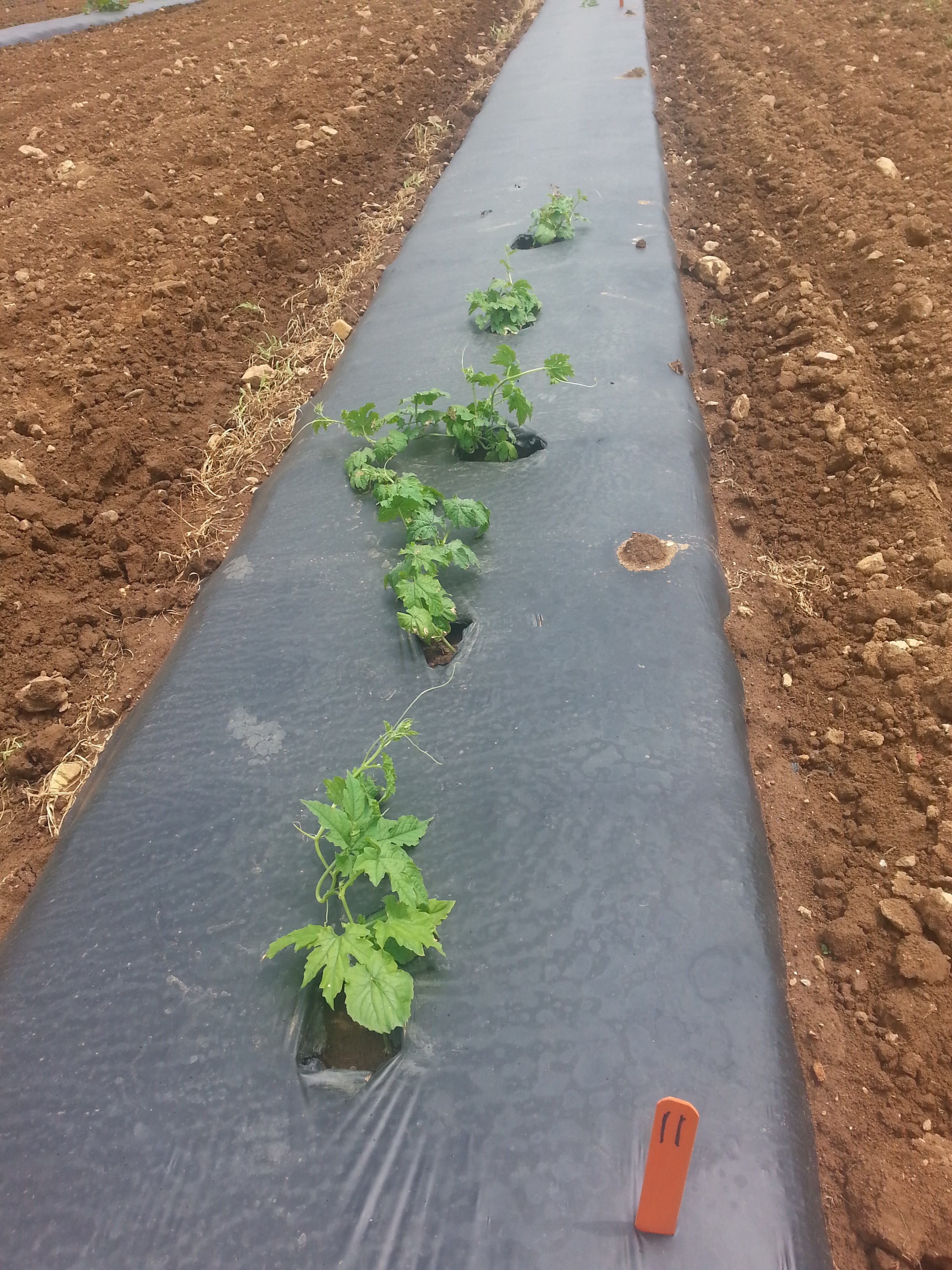 Bitter melon (Momordica charantia) included in the Mountain Research Station sentinel plot. In the United States, this relative of the cucumber is grown as an ornamental and can be found in the wild. In 2013, downy mildew was reported on this host in North Carolina.

The field day held many more presentations of exciting research being conducted on the station. Dr. Otto Simmons III discussed his research on food safety, specifically, Salmonella contamination of tomatoes. Tobacco research trials were explained by Dr. Loren Fisher and Matthew Vann. Dr. Jeanine Davis discussed several projects she has on the station, including a broccoli variety trial and an organic cucurbit breeding study.

This field day was a great way to share some of the insightful agricultural research held in western North Carolina.