Find this article at:
go.ncsu.edu/readext?230202
— Written By Kelly Ivors and last updated by Lina Quesada-Ocampo

Late blight has been confirmed on tomatoes in Watauga, Guilford and Wake Counties and on potatoes in Watauga County by the Plant Disease and Insect Clinic at NCSU in collaboration with Dr. Kelly Ivors and Dr. Lina Quesada-Ocampo at the Department of Plant Pathology.

Tomato fruit and foliage and potato foliage were severely affected and blighted in the samples, probably due to the heavy rainfall we have experienced in the past few days, which favors disease. In Western North Carolina, late blight on tomato typically occurs later in the season after harvest has started; however, on tomato it is only rarely outside of the mountain counties. Given the recent rain and weather conditions and the fact that the disease is present in the state earlier than expected, the disease will be harder to control season-long and could quickly spread to other areas. Active scouting and immediate action to protect tomato and potato crops in NC from late blight are recommended.

The Department of Plant Pathology has developed the Extension Plant Pathology portal, which contains a pest news section to get the latest updated information on new pest alerts; we are constantly adding content as necessary when diseases of significance show up.

If you think you have late blight in your tomatoes and/or potatoes please contact your local Extension Agent and send photos and/or physical samples to the Plant Disease and Insect Clinic. If late blight is confirmed in your samples by an expert, please send a report at the USAblight website to alert other growers. The USAblight website also contains information about disease identification and control.

During the last 2 weeks the pathogen appeared in Dickson Co TN (June 7); Morgan Co (June 10) but in a greenhouse crop, which is an unusual circumstance; Montgomery Co MD (June -20); Wayne Co, KY (June 22); Mercer Co, NJ (June 28); Kent Co, DE (July 1) and of course as within the last couple of days – Guilford Co. and Wake Co., NC. This monitoring system is complemented with available recommendations in the SE Vegetable Handbook, as well as an updated factsheet that provides a proactive program to pre-empt late blight – especially during harvest. 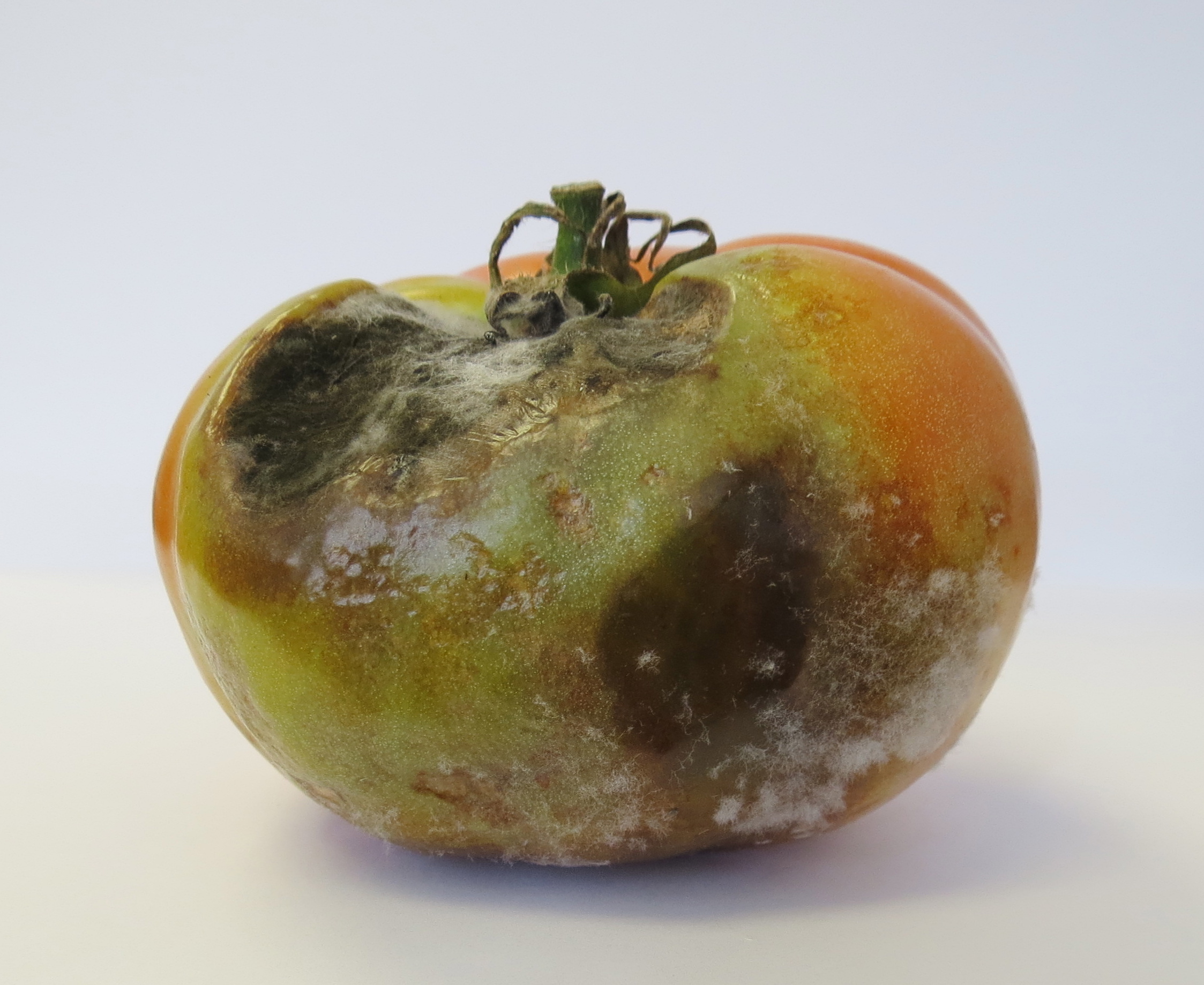 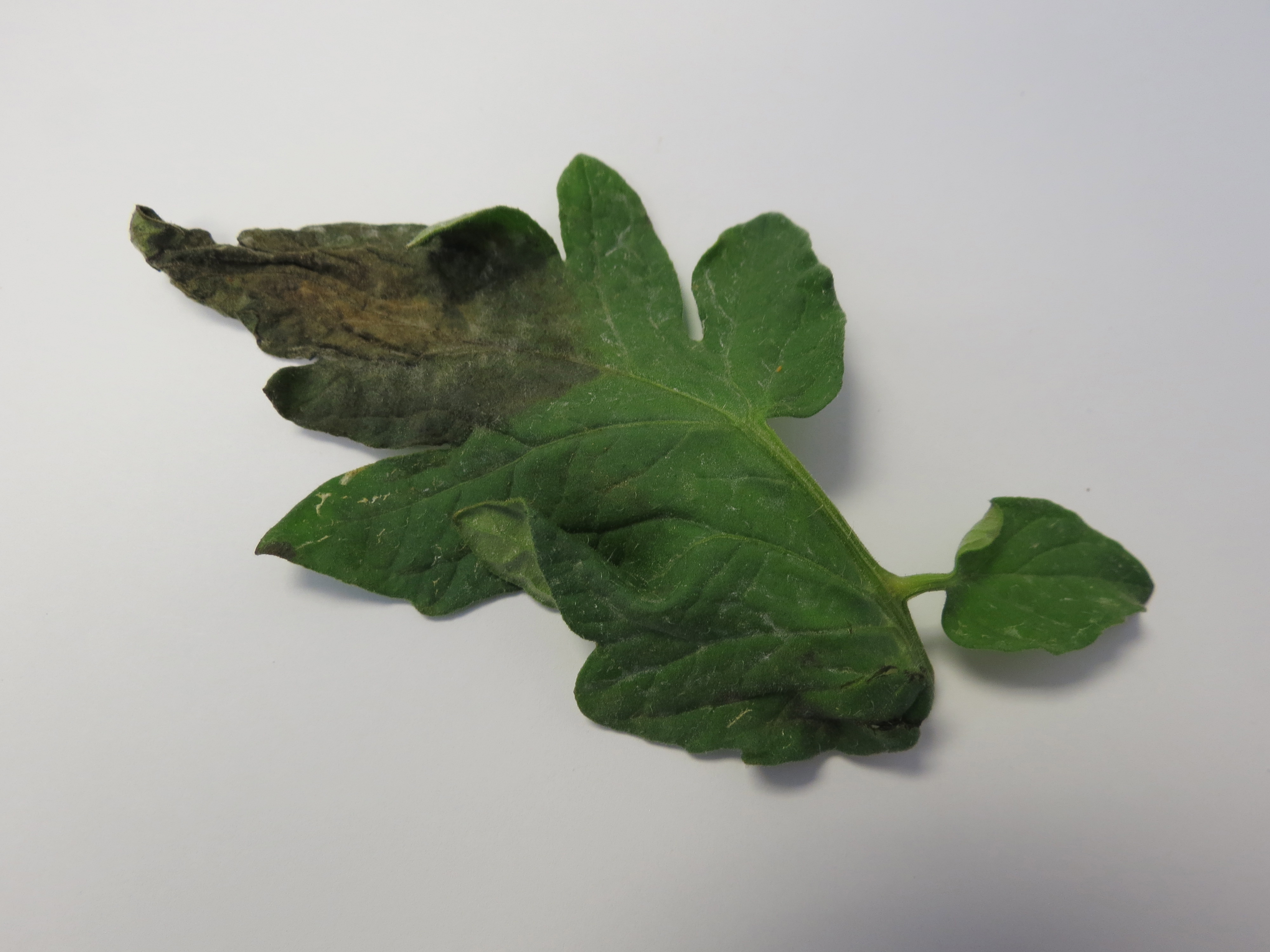 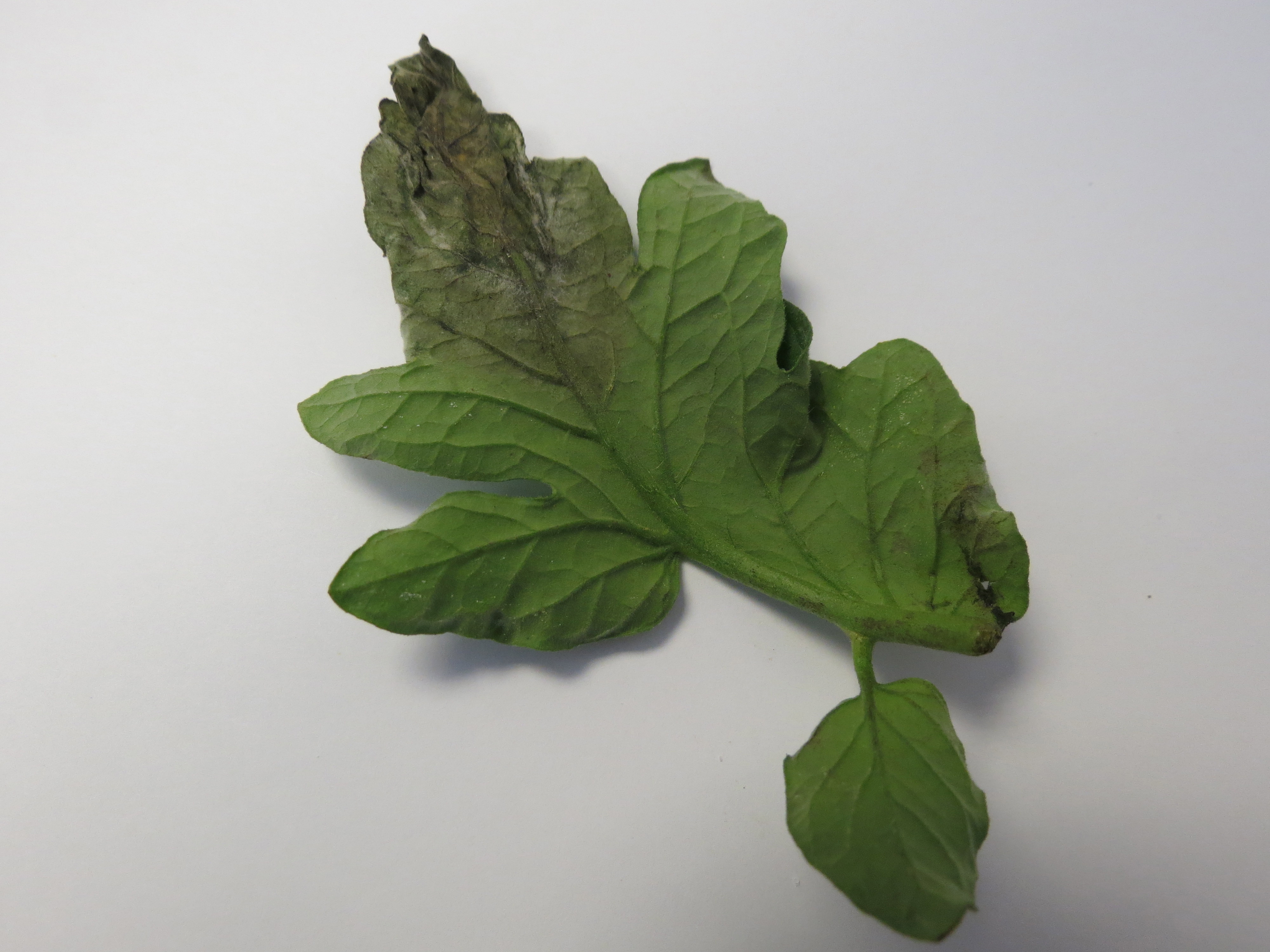 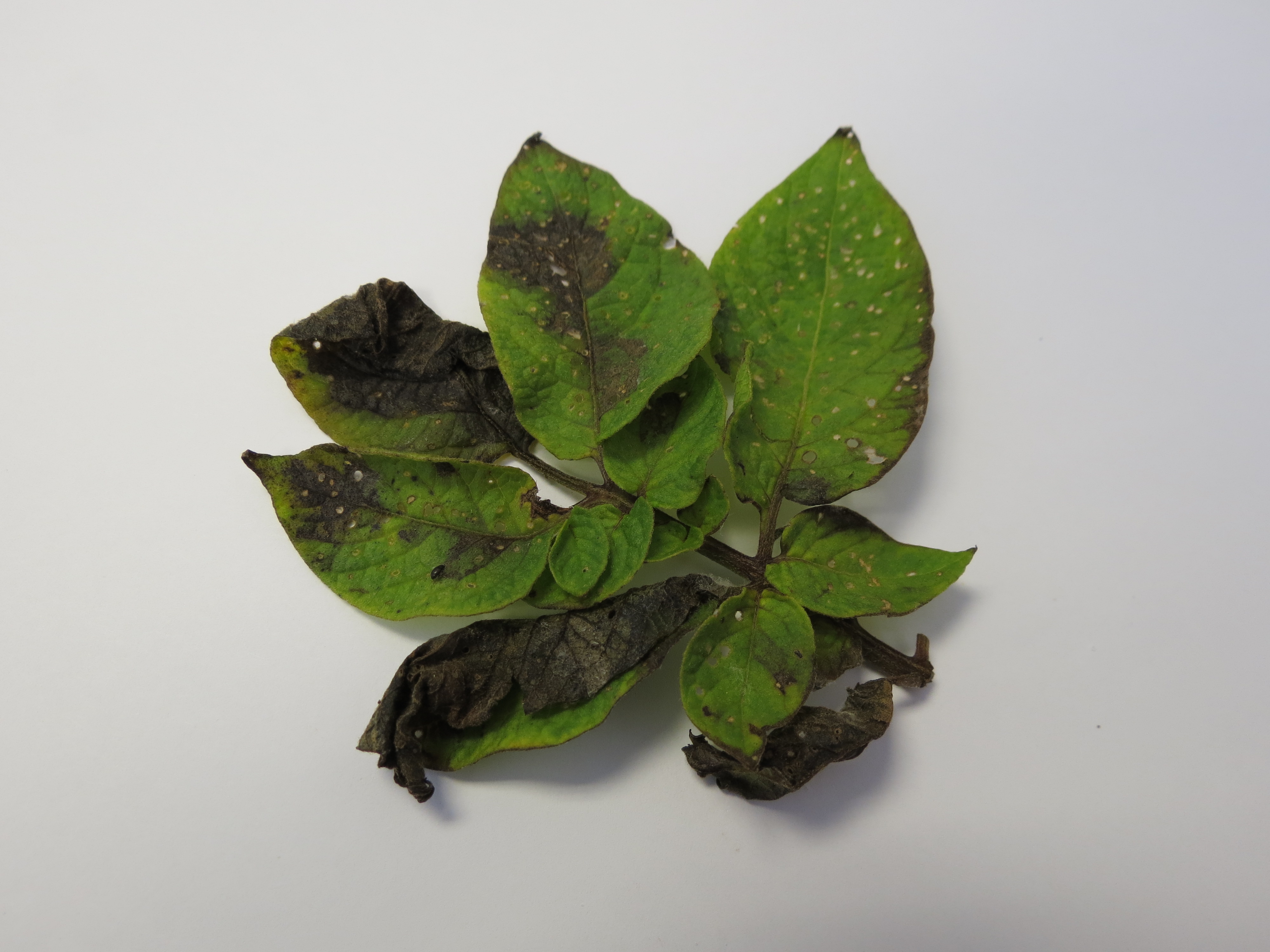 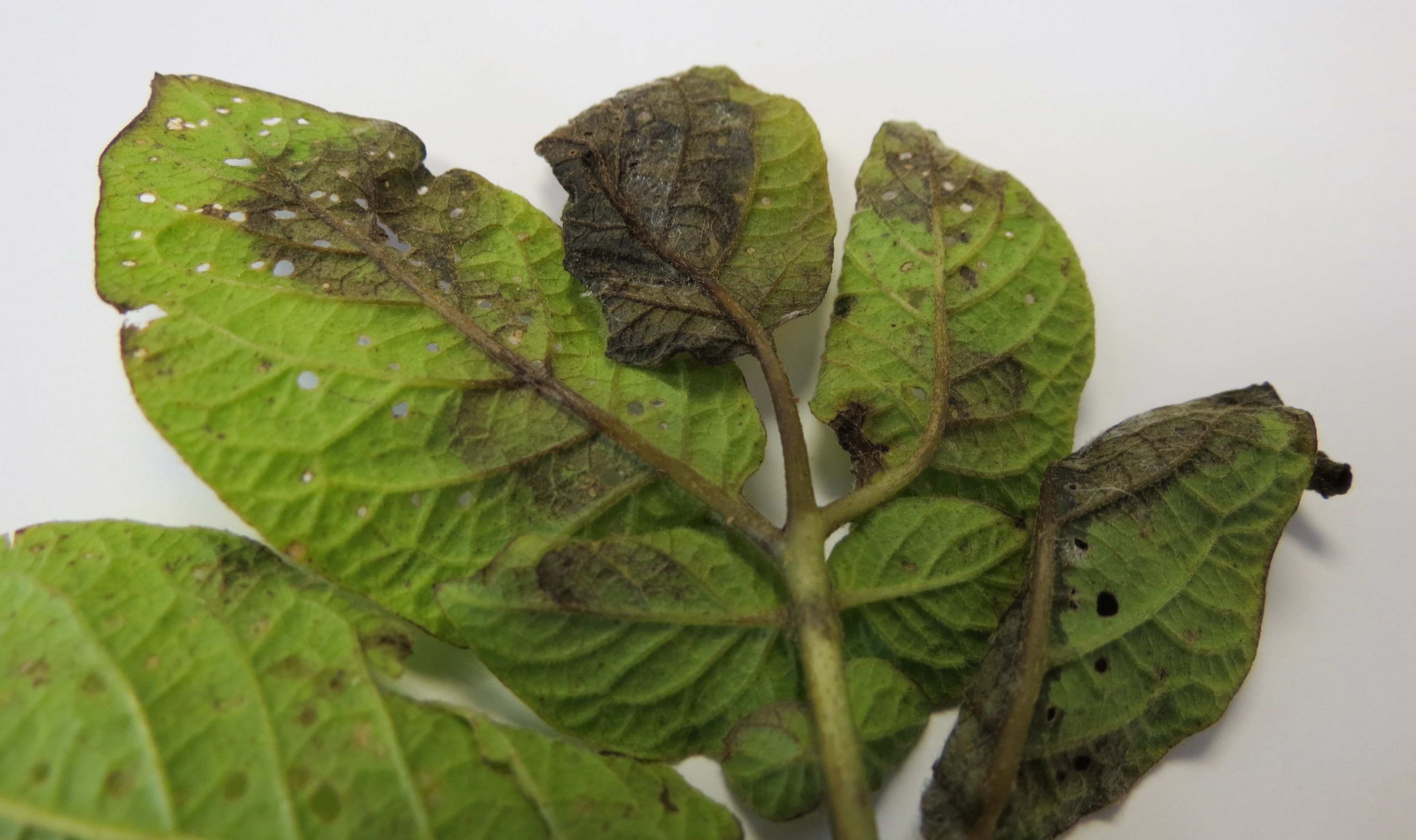