Cucurbit downy mildew was reported today (June 9, 2014) in a commercial cucumber field in Duplin County, North Carolina and confirmed by the Quesada Lab at NCSU.

Symptoms were typical of downy mildew, including angular chlorotic lesions on the leaves and a grayish-brown “downy” appearance on the abaxial surface. Structures of the oomycete Pseudoperonospora cubensis, the causal agent of cucurbit downy mildew, were identified using dissecting and compound microscopes, confirming the disease. 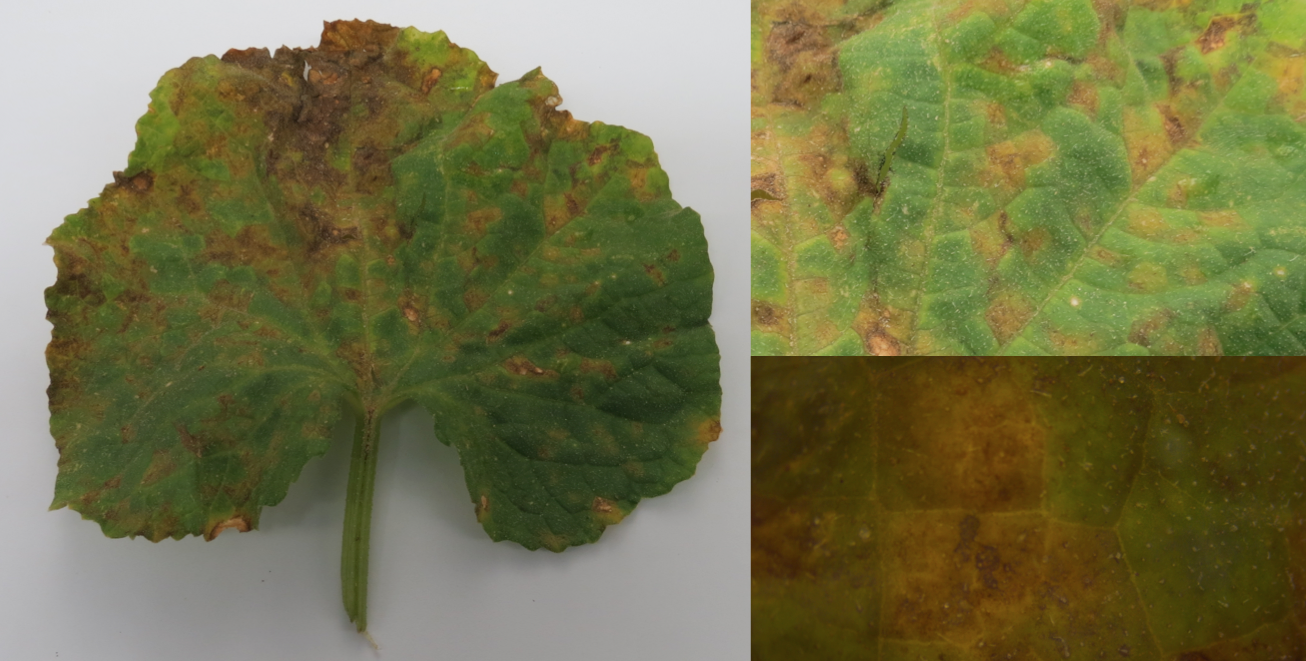 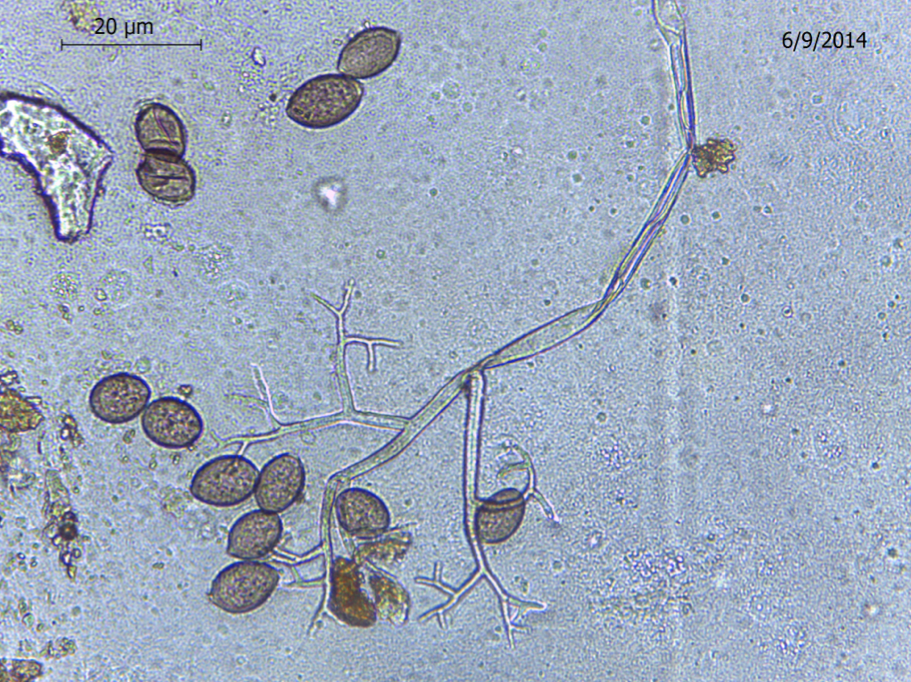 The disease seems to be just starting and only 1% of the field was affected; however, individual leaves presented about 80% disease severity. Growers are recommended to take immediate action to protect cucurbit crops in NC, especially since we will experience favorable weather for disease in the next two weeks. Typically cucumbers, watermelons and melons are more susceptible to the disease than squash and pumpkin.

For more information about the disease and how to control it see our Cucurbit Downy Mildew fact sheet, previous alerts, and results from our demonstration trials. Control recommendations are also available in the Cucurbit downy mildew IPM pipe website, where you can also register to receive text, email and/or phone alerts when new disease outbreaks are reported.

With the arrival of downy mildew in North Carolina this year, we encourage commercial growers and homeowners alike to be diligent in checking cucurbit leaves for downy mildew and reporting this disease to the Cucurbit downy mildew IPM pipe website. These reports are crucial to warn growers of an outbreak, and serve as valuable data for research on the epidemiology of this pathogen, which contributes to developing disease management strategies. With your help, we can lessen the effects of downy mildew!