How to Control Black Rot of Sweetpotato

Find this article at:
go.ncsu.edu/readext?321704
— Written By Lina Quesada-Ocampo

Black rot of sweetpotato is caused by the ascomycete fungus Ceratocystis fimbriata. Symptoms generally appear at harvest or during storage and consist of a dry, firm, dark-colored rot that does not extend into the cortex of the sweetpotato root. Infections typically begin at wounds, lenticels, or lateral roots and can expand in diameter during storage. Examination of infected tissue with a hand lens may reveal the white mycelia and black perithecia of C. fimbriata growing on the lesion surface, which is a key diagnostic feature of black rot. If infected roots are bedded for transplant production, symptoms may also appear on plants in the bed or after planting. Infected slips develop dark, sunken cankers below the soil surface and severe infections can result in the stunting, wilting, and even death of sprouts. 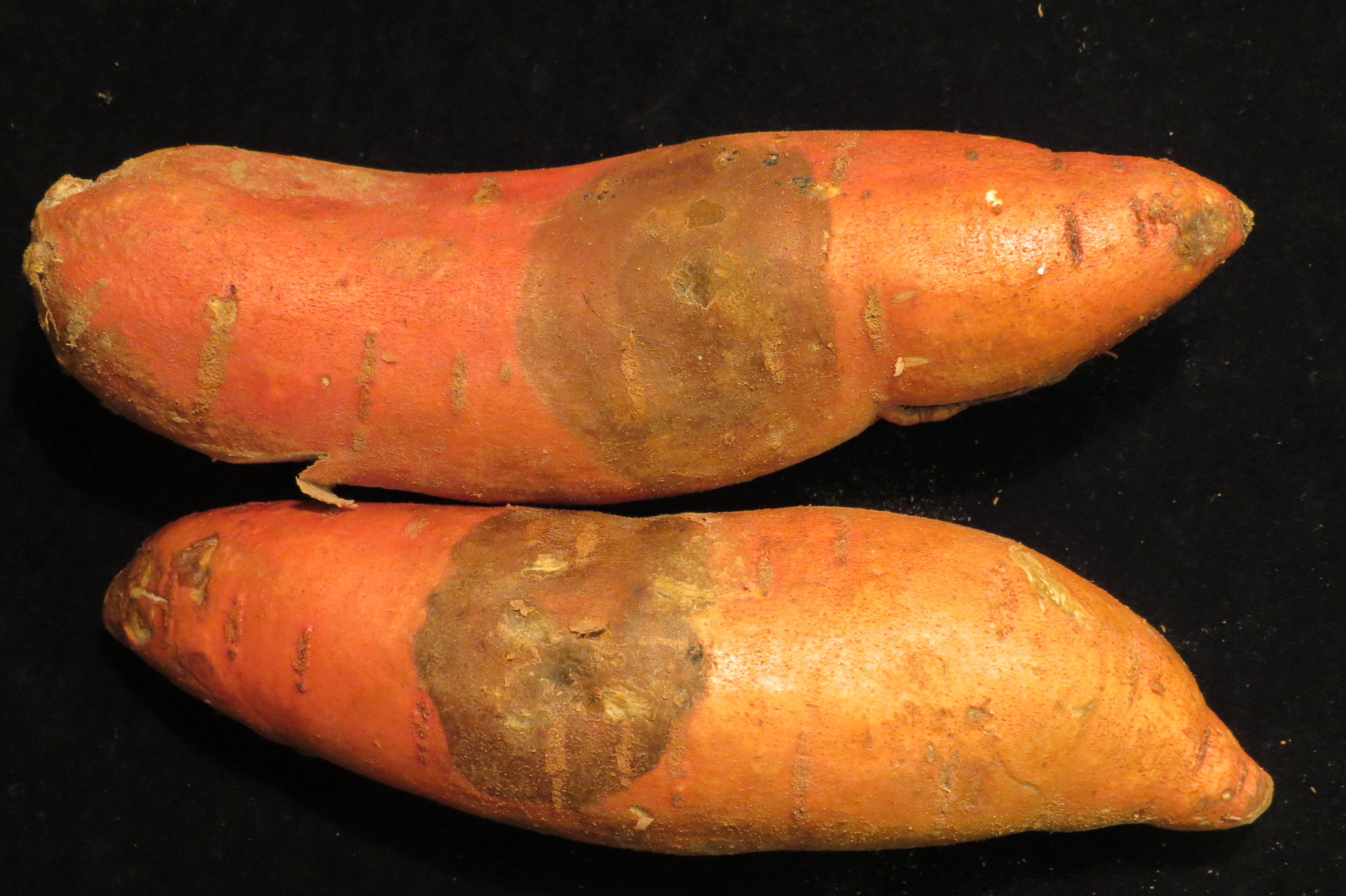 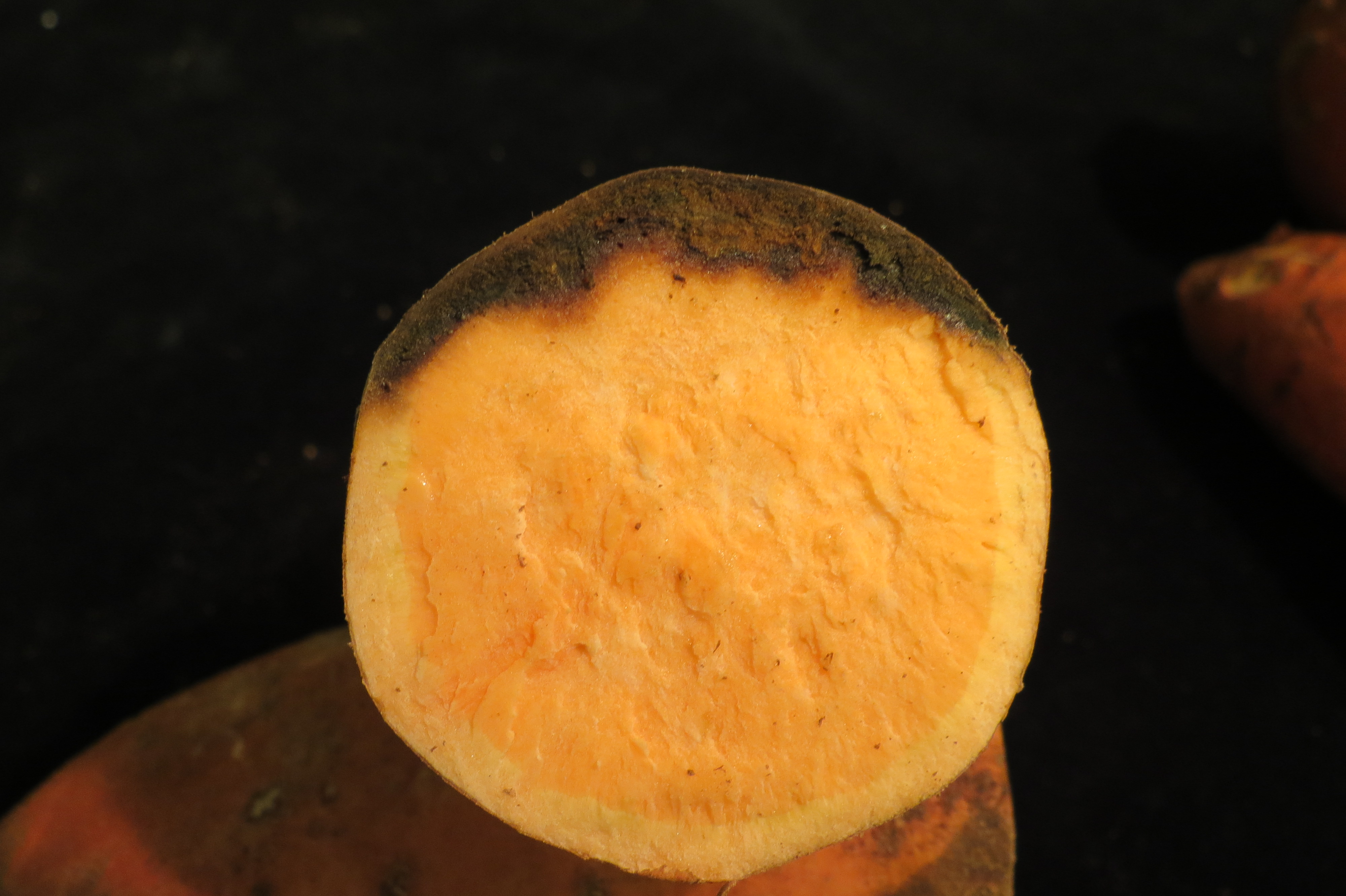 Figure 2. Black rot typically does not extend past the vascular tissue into the inner cortex of the sweetpotato (Andrew Scruggs, NCSU Vegetable Pathology Lab). 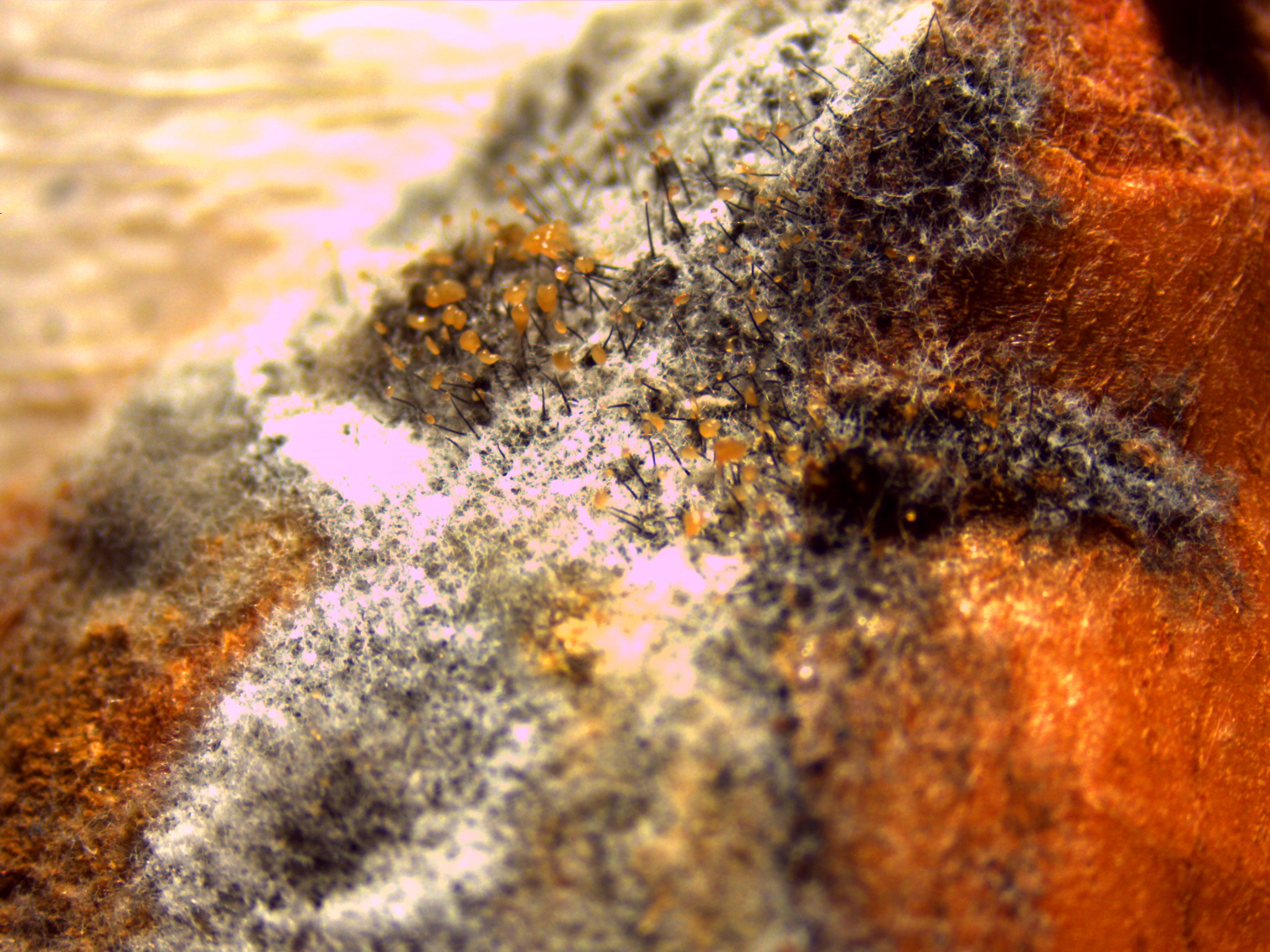 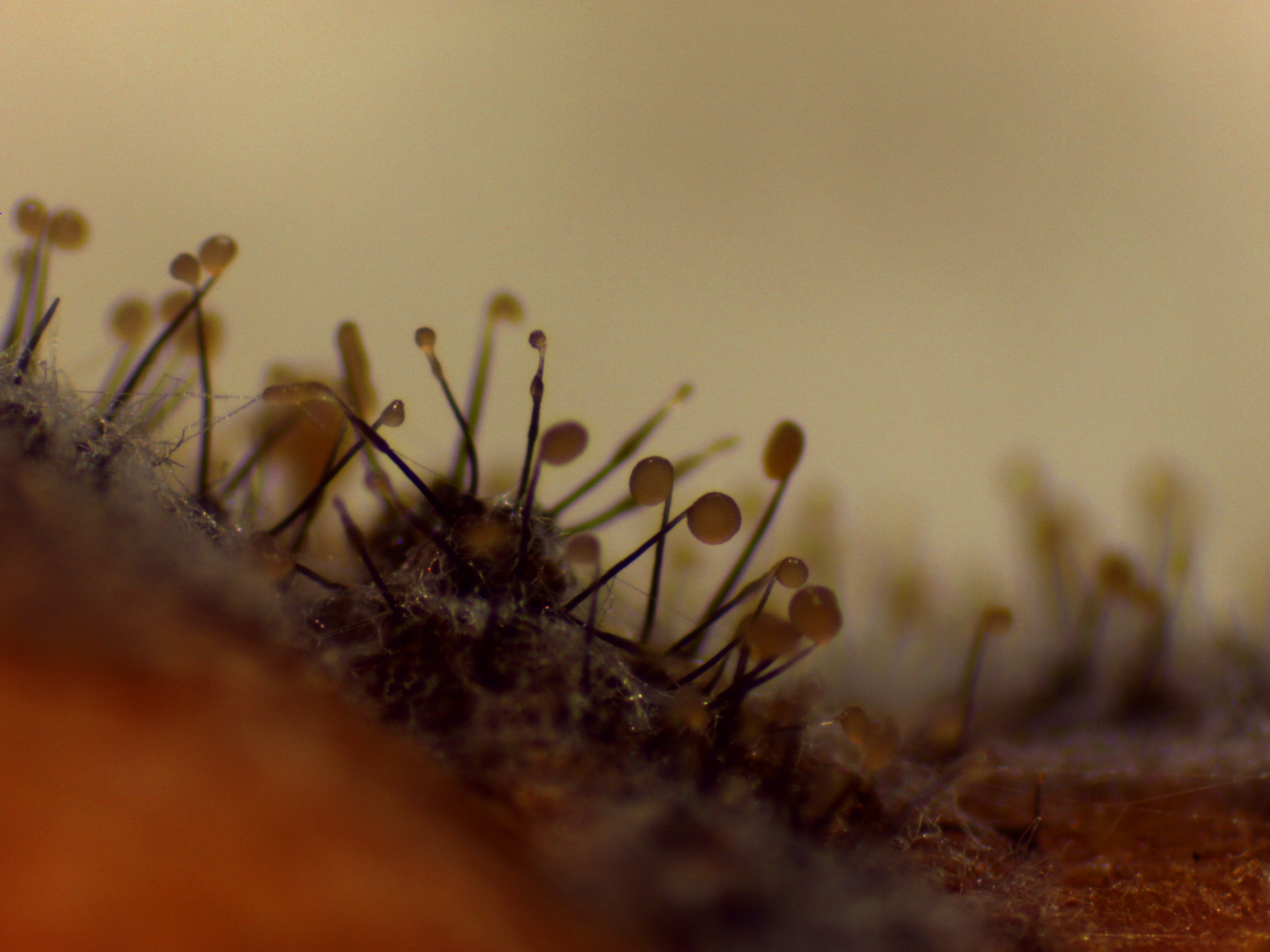 Black rot of sweetpotato can be a devastating disease when it occurs, as C. fimbriata produces an abundance of conidia that can contaminate equipment and packing lines, as well as chlamydospores that can survive in the soil for several years. Fortunately, black rot can be effectively prevented and controlled through proper cultural practices. Sweetpotatoes should not be bedded or planted in fields where sweetpotatoes have been grown in the past 3-4 years, fields known to have high incidence of black rot, or in fields infested with morning glories, as these serve as an alternate host. Furthermore, roots selected for transplant production should be disease free and treated with a fungicide such as thiabendazole to kill any fungal structures present on the root surface. Labeled fungicides for sweetpotato can be found here. It is also imperative that when harvesting transplants, slips are cut at least 2 cm above the soil line to limit contamination of the planting material. Tools should also be cleaned frequently to prevent pathogen spread. Following these preventative steps can significantly reduce the occurrence of black rot during harvest or in storage. Prevention of black rot is imperative as fungicides are not effective against established infections.

While fungicides will be ineffective at controlling rot in already infected roots, steps can be taken to minimize additional losses that could occur during storage. Proper and timely curing of roots at 29°C and 85-90% humidity for 5-10 days will allow for injuries that occurred during harvest to heal and will help prevent secondary infections of black rot during storage. Furthermore, infected roots should be removed prior to washing and packing. C. fimbriata produces numerous spores on infected roots, therefore placing infected roots in a dump tank or onto a packing line will contaminate the packing equipment and significantly increase disease levels. For this reason, it is important to sanitize storage crates and facilities frequently and maintain clean washing machines and packing lines.

Black rot has historically been effectively controlled through the implementation of proper cultural practices and maintaining sanitary harvesting and packing equipment; therefore, by following the control strategies highlighted above, outbreaks of this disease can be limited. If the disease goes undiagnosed and proper sanitation is not practiced, then significant losses can occur. If you suspect incidence of black rot at harvest or during storage contact your local extension agent or submit a sample to the Plant Disease and Insect Clinic at NCSU for proper diagnosis. With this information you can prevent further losses during storage and losses in future years with the proper management practices.